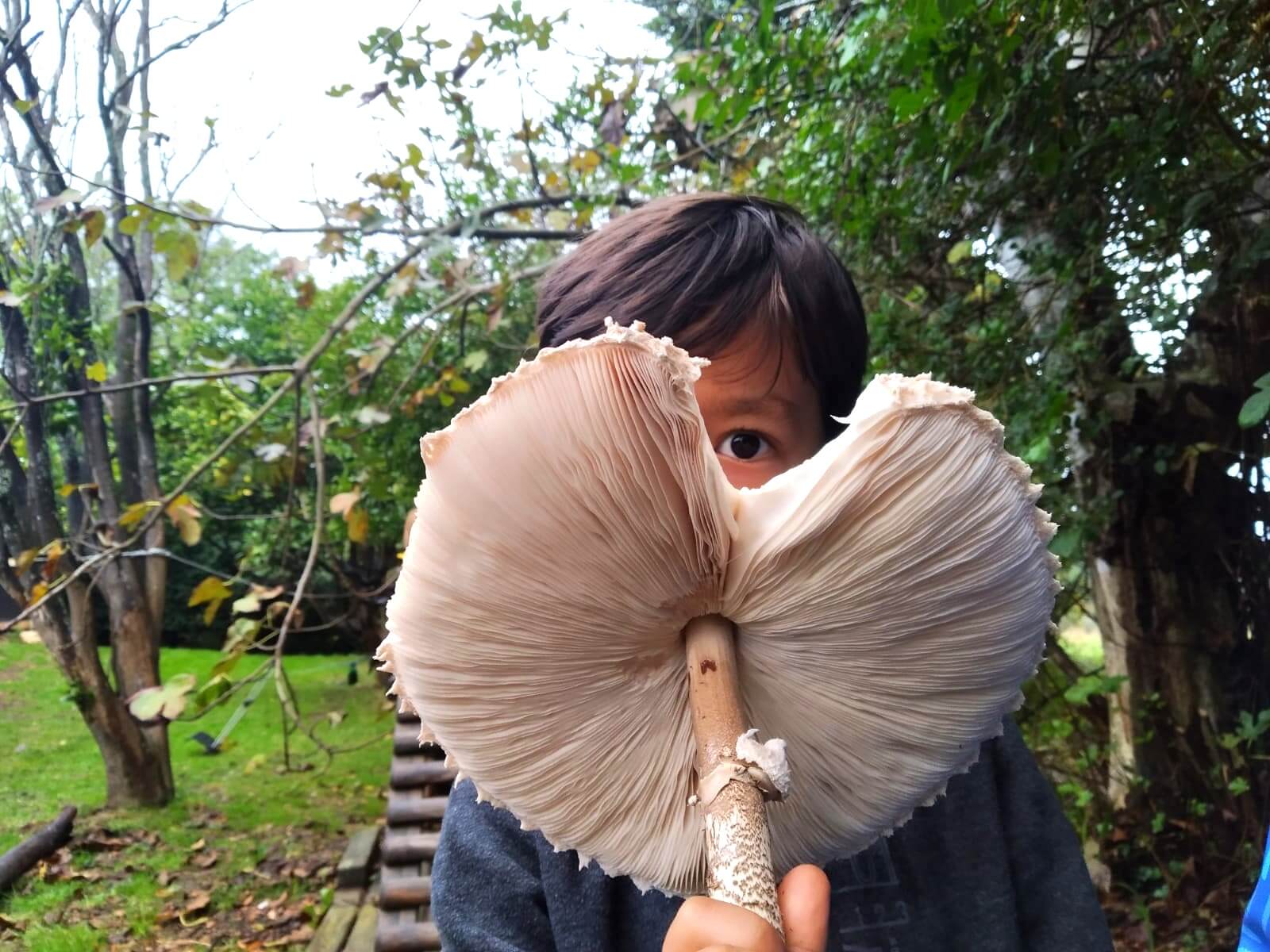 Children crawl, run, jump, climb, they get dirty playing in the land, they dance under the rain. But it is easier now to see that in old films rather than reality. It is not only you who noticed, there are more and more kids playing with an iPad, or just being inside rather than outside.

Could outdoor education be the solution to many of the problems we face today?

Let me tell you a true story.

In the city center where I grew up, I also went to school, from primary to university. I was taught things that helped me in different aspects of my life. I learnt about history, philosophy, languages, I learnt how to do marketing campaigns for customers to buy a product even if they don’t need it, how to use electronic devices and make AI solve problems for you; how to use computer programs to be quicker solving maths problems and forget about multiply large numbers with my brain. I learned things that I value, but some more than others.

My high school backyard was next to a train station, with a big building surrounded by high and colourful fences for the kids not to jump over or climb up. It was built with the purpose of kids being safe inside.  My university was in a beautiful modern building and the backyard was green grass with trees planted in perfect lines and benches for us to enjoy the sunshine, recreating a natural environment in the middle of a modern city.

After high school and university lessons, we had homework to complete at home in order to pass exams and obtain our diplomas successfully. I was studying a lot at home, and sometimes going to the library, a building where you couldn’t hear any noise. Some of my friends said it was better for them to study in the library because they could focus more. Some of them were putting headphones on, listening to calm music, or music recreating the sounds of nature, in order to boost their concentration.

It is not necessary to dig deep to see we actually crave nature, as it is in our human constitution. But when we started to have fun with technology, we forgot about our essence and we believed we were bigger than others.

Time passed. Years later, I realized that over the course of those years, I didn’t really have the time to wonder what I wanted to do. My time was “organized” and planned” since I was in primary school.

I said to myself “I am confused now. All these years studying according to a plan, for what? To be successful? Where?”.

At the age of 14, I started to ride waves, and I thought “I want to do this my whole life”. From the ocean, it seemed I could see the world from a different perspective. I could notice how my senses got richer when they were out in nature. I could learn things I was never told before.

Surfing saved me. Being outdoors reconnected me to something much bigger than me, to the natural world. I knew how little I was, in this big round ball.

Playing outdoors to reconnect with nature

One day I was walking with a friend through some of the most beautiful nature paths, close to where I live in Galicia (northwest of Spain), when we saw this kind of camp side, with a vegetable garden, tables, obstacles and ropes to play in the middle of the trees. Everything we could dream of as kids. A place to play. A place to be a kid. It felt like magic.

We were wondering if it was something built for a kid’s birthday, or maybe someone just built it. But nothing of that. It was a real school. It was what it is called as a forest school. Amadahi was the name, which means “water forest”. This school, located in a natural area, is right next to a little island where 3 rivers meet, developing different currents that used to make it difficult for the old fishermans boats to pass by.

We end up discovering everything inside this “way” of schooling. This system is not new. It was inspired by the scandinavian system around the early 20th century, in order for kids to learn in nature, at their own rhythm and interests without walls and without cv. Curious about how kids learn in this place, we got invited to observe how they interact and how a typical day looks like. We were there for several days, amazed by how joyful, free and respectful kids were, and how different the playground was from what we had in our school.

There were kids from 2 to 6, where everyone was interacting with each other, the little ones learning from the oldest and the oldest learning from the youngest. Their school was an open space with a rural house, a natural environment where they could explore by having rich sensory experiences, developing creativity and co-creation. It was a place where you could see they could truly be themselves, having experiences that are essential to childhood.

Following a pedagogy based on hearing and observation, the main purpose here is for children to create a link with nature. Children play freely, being observed and heard by teachers that play an important role and know that there is no kid equal to others, and that they have different stages of development.

“Nature is the perfect place to play and learn, where everything has no fixed structure. And this is why it is an endless source of inspiration, where lessons are in every corner and every process. It is a place where everything changes, and that is why inspiration and learning also do, adapting to that changing form and suggesting new creative challenges and processes to enjoy, play, and therefore, develop. – Paz, founder of Amadahi.

Many other studies have also shown that natural places have an incredible amount of information with an enormous potential for new discoveries to appear.

Through “free playing”, children are able to learn by experiencing from their curiosity for the world. No matter the weather, they can always go outside, using different clothes that allow them to feel nature in all shapes and forms.  The materials they use to get familiarized with numbers, for example, they all come from nature. In fact, it has everything they need to learn, from different textures, smells, and flavours.

As seasons change, learning also does. Sometimes, when autumn comes, it is time to collect chestnuts, cook and eat them at the fireplace, telling stories about the season. But when spring comes, the pumpkins grow better. Children plant their own food at their backyard garden, food they eat after on a soup or a pumpkin cake that they cut with a real knife, building confidence on what they can do and learning how many pieces they have to cut in order for everyone to have a slice. Tasty maths!

These kids might not know the names of each Pokemon, but they might learn the name of each tree. -Richard Louv.

In our observation days, I could notice in between them, conversations filled with love, care and respect. They are not superheroes, but they do have a learning environment that fosters that kind of interaction.

One day I saw a teacher bringing an old pair of rain boots to one of the students. The teacher told the student “if they don’t fit you, we will give them to Sofia, because she is smaller than you. Is that okay?” and then I see the student running to Sofia, to whom she whispers “Sofia if these boots are not for me, they are going to be for you. Okay?”

She was 4 years old.

In a world of jealousy and competitiveness, these interactions are the exception that can become the norm.

Sparking imagination, learning to reason, think and feel; schooling in nature can be a piece of the solution to many environmental problems like climate change, food waste, deforestation or contamination. As Richard Louv writes, there is a disease called “nature deficit” disorder, of which it does not exist a medical diagnosis, but everyone knows what we talk about.

Not only computers, television, and video games are keeping kids inside. It’s also their parents’ fears of traffic, strangers, getting dirty, ill, and their schools’ emphasis on more and more homework; their structured schedules; and their lack of access to natural areas.

We live in a world with problems that we do not even know where they came from. Maybe, it is better to build the house from its foundations, and teach children things that provide harmony within nature. Because “rather than protecting the environment, it would be better to create a world where the environment does not need to be protected”.

Standing up for a fair communication that can restore us all & therefore safe this Planet.

If you like the work I do, you can support me if you can by buying me a coffe here 😉

a Mix of things

Any cookies that may not be particularly necessary for the website to function and is used specifically to collect user personal data via analytics, ads, other embedded contents are termed as non-necessary cookies. It is mandatory to procure user consent prior to running these cookies on your website.